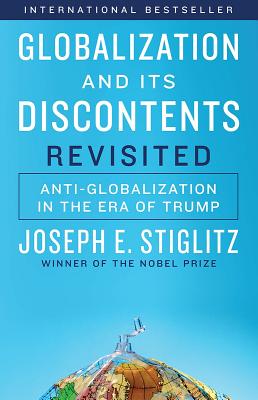 In this crucial expansion and update of his landmark bestseller, renowned economist and Nobel Prize winner Joseph E. Stiglitz addresses globalization’s new discontents in the United States and Europe. Immediately upon publication, Globalization and Its Discontents became a touchstone in the globalization debate by demonstrating how the International Monetary Fund, other major institutions like the World Bank, and global trade agreements have often harmed the developing nations they are supposedly helping. Yet globalization today continues to be mismanaged, and now the harms—exemplified by the rampant inequality to which it has contributed—have come home to roost in the United States and the rest of the developed world as well, reflected in growing political unrest.

With a new introduction, major new chapters on the new discontents, the rise of Donald Trump, and the new protectionist movement, as well as a new afterword on the course of globalization since the book first appeared, Stiglitz’s powerful and prescient messages remain essential reading.

Joseph E. Stiglitz is a Nobel Prize–winning economist and the best-selling author of Globalization and Its Discontents Revisited: Anti- Globalization in the Age of Trump, The Price of Inequality, and Freefall. He was chairman of the Council of Economic Advisers under President Clinton, chief economist of the World Bank, named by Time as one of the 100 most influential individuals in the world, and now teaches at Columbia University and is chief economist of the Roosevelt Institute.

This book is everyone’s guide to the misgovernment of globalization. Stiglitz explains it here in plain and compelling language.
— James K. Galbraith, University of Texas at Austin

[Stiglitz] is not a global pessimist, but a realist—and instead of placing him in a neat box labeled ‘important contribution to the debate,’ we should listen to him more urgently.
— Will Hutton