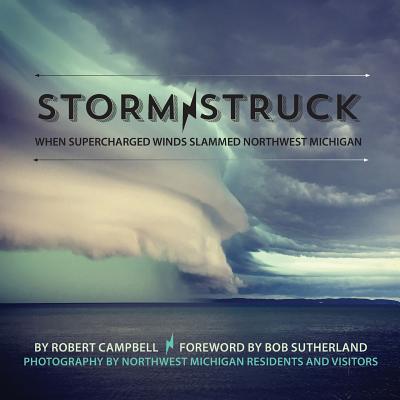 It was a hundred-year storm, said some. Thin trees snapped like matchsticks; thick ones toppled, one atop another, like felled soldiers. The storm's straight-wind blast left houses with gaping holes, thousands of residents with no power for days, a Sleeping Bear Dunes National Lakeshore that is, said one official, unrecognizable, and a cleanup that could take years.

A UNIQUE, CROWD-SOURCED BOOK FROM THE COMMUNITY

- The storm's anatomy ... what caused it, and why it was so devastating.

- A foreword by Bob Sutherland, founder of Cherry Republic.

- Mapped details of the path it followed.

- Extensive photographs showing the storm and the impact on Leelanau, Grand Traverse and Antrim counties - and more - from more than 70 different photographers.

- Stories of the people affected - their heroics and the swift response to repair the damage.